A Story of Hardwork and Unity with Familia Fernández Rivera

The story of Familia Fernández Rivera is incredible. The family is truly the driving force behind the DO Ribera del Duero. It all began with Alejandro Fernández and his wife, Esperanza Rivera, when they purchased a 16th century stone wine press where they began to produce their first wines. In the 1970s, they went against the norm in the area planting grapes instead of beets in an area that had never been known for producing wine - Ribera Del Duero. Since launching Tinto Pesquera in 1975, Familia Fernández Rivera has created what many critics consider some of the top wines in the world, with a focus on reds.The family was integral in the classification of the Ribera del Duero DO in 1982.

As of 2019, the granddaughters of Esperanza and Alejandro are at the helm of the company - managing a diverse business of four wineries (Tinto Pesquera, Condado de Haza, Dehesa La Granja and El Vínculo), and Hotel Pesquera, showing an ability to innovate, adapt and grow. 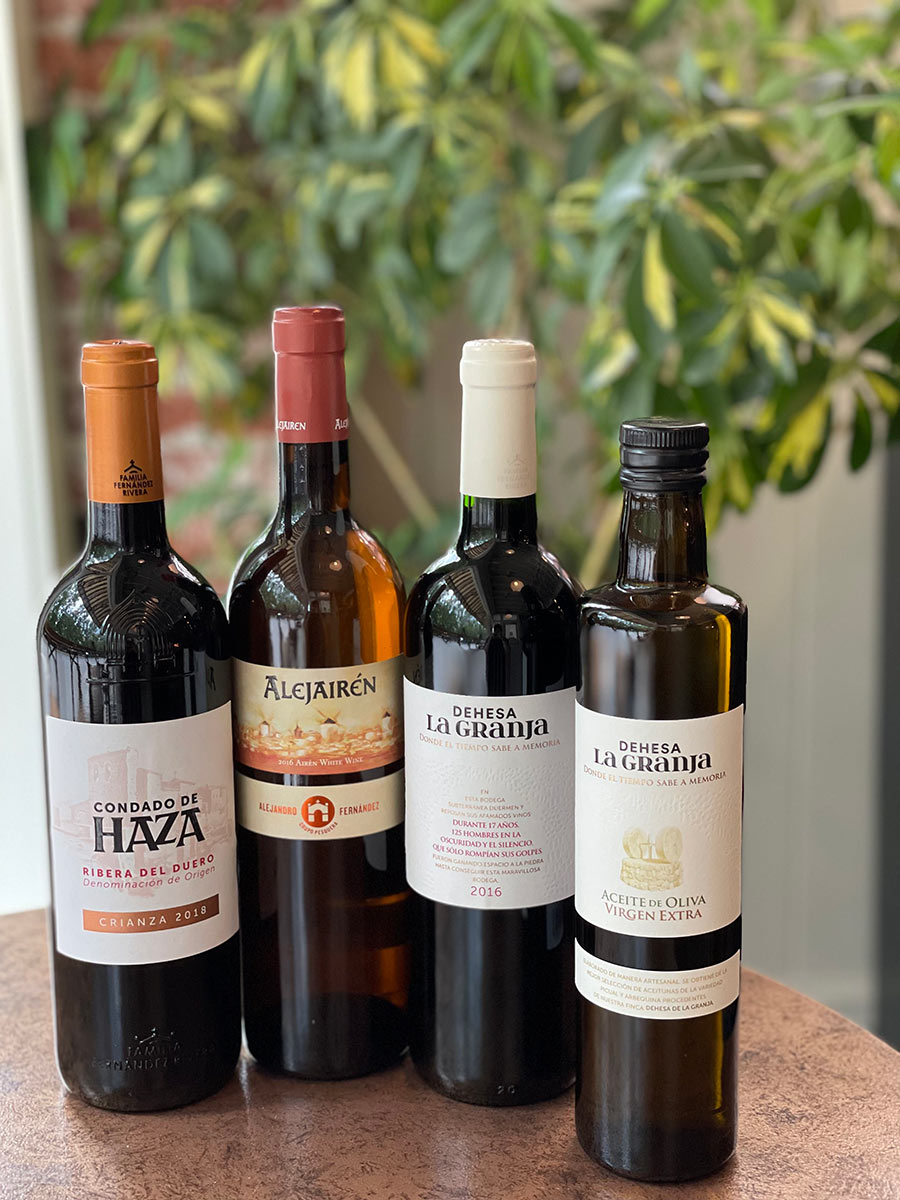 In this shipment, you’ll taste wines from 3 of the 4 wineries. El Vínculo Alejairén Crianza is the only white wine made by the family. The grape variety is 100% Airén. You may not recognize the grape in conjunction with wine, but it’s the primary grape used in brandy production. This winery is located in DO La Mancha. Dehesa La Granja is truly a farm setting - cheese, olive oil and chickpeas are also produced on this land. The winery is located in Castilla y Leon, and was purchased by Familia Fernández Rivera after establishing Tinto Pesquera and Condado de Haza in Ribera del Duero, the source of the final wine in the shipment. Classically Ribera del Duero, Condado de Haza is full in body, but extremely well-rounded and balanced. It’s a display of the close relationship that Alejandro Fernandez had with the Tempranillo grape.

It is a pleasure to introduce you to these selections. They are staples of Spanish wine, and it’s amazing to bring them together in a shipment for you to taste and process. We have a surprise coming to you with this one… an accompanying olive oil produced by Dehesa La Granja, our gift to you. Thank you so much for being a part of what we are building.

Commenting has been turned off.